How 2020 is a Fast Track Year for India’s Economy?

While growing up, we all have heard it what we will do today is our tomorrow in the future and we are the future of our nation. Right? Now, it is time to bring development to our nation. We listen to statements like every step that India took forwards takes it backward even two steps. But now the days have gone, 2020 will going to be a big year for our nation and we all witness it.

Now, we finally have a unity government with a long term vision that is bringing our country ahead. So, we can say that in 2020, India will transform itself and we all will witness a new era of development in our nation. According to national English news, India seems to be making rapid growth in these fields. Have a look at:

Yes, much-needed reform at the railways is important. No one can deny the fact that trains are getting modernized and efficient with each passing day. And there are certain long-term projects are there that are working well like the Mumbai-Ahmedabad high-speed rail corridor. This corridor will be ready by 2023 and do you know this train can reach up to the speed 320Kmph. Till now, we just had a train “Shatabdi Express” that can touch the speed of up to 160 kmph.

Let us now talk about one of the biggest developments that is going to be there in 2020 and that is roads. Do you know roads power an economy as well as foster prosperity into a country? Therefore, it is highly important to focus on the roads. From 1998 to 2004, the government began an initiative to consider road development. Till then, road development was not considered a big issue in India. Now it is back as union transport minister Nitin Gadkari declared that road making has come 2KM per day from 2004 to 2014. Now, the government is reportedly exploring how the number of roads reaches up to 100 KM/day.

Do you know until 2014, it has been estimated that about one-third of India did not have access to electricity? This is the first government that has targeted 100% electricity in India and that can be achieved by 2022. 2022 is the 75th anniversary of India’s independence. For the first time in India, we have got surplus electricity in the villages of India and this is something that is bringing a charm in our eyes that soon we have 100 percent electricity in our country and 2020 will play an important role in achieving this.

Recently the most valuable companies are Apple, Google, and Microsoft. Right? In the last two years, the culture of the startup has been increased in India. Now in 2020, we are expecting the same as there will be several more Indian startups that will become million-dollar companies and we all are ready to witness it. We are ready to see our nation as an economic powerhouse because startups have been encouraged by the government and digitalization is improving in the country.

Infrastructure is one of the biggest problems in India because the government is not considering it as an issue, but it is essential for the overall development of the country, right? The Indian tiger is finally rising, and we can now say that is officially a newly industrialized country and we are ready to witness a new India in the upcoming 5 years till 2025. The government is paying attention to the infrastructure which is bringing good results as well. Though, everything takes time so, be patient while the work is going on.

Just get ready to see a new India in 2020 with next-level infrastructure, roads, better railways, better business and much more. We all have to become a part of the development of our country so that we will have India just like as we dream. Finally, the India tiger is rising and we are expecting a new India in this new year and this is the biggest national English news that we can have this year.

SEO Risks To Avoid And Take

How to Use the Google Voice Recorder App on Android

Vaibhav Sharma is a digital marketing expert by day and writer by night. He is a project manager at True Scoop News who specializes in blogging, article and copywriting. He loves to write technology related articles, entertainment blogs, latest national news in English and Punjabi and tutorials as long as there is a bit of information technology.

What are the Duties of Compliance Officers?

Why You Should Buy All Inclusive Holidays?

How to Use the Google Voice Recorder App on Android 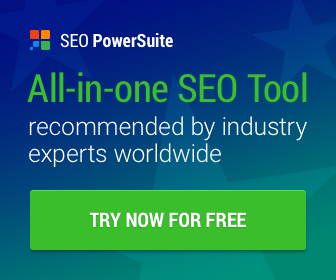 What Skills Do You Need to be an Entrepreneur?

Google Pixel 4 vs Pixel 3 vs Pixel 3a: Which Phone is Right for you?

What are the Basic Steps in Rehabilitation?

What are the Basic Steps in Rehabilitation?