How to Make an Android Device Feel Faster, Without Changing it

What’s every user’s dream? Simply, that their phone defies all the limits of fluidity and quickness, which often comes with faster hardware. While Apple usually follows a one year cycle for its iPhone launches, new phones are released every month by several brands on the Android side of things. So what do most Android users commonly ask? Things like, how to make Android faster? How to speed up my Android phone? How to use our Android phone at its full potential?

What do you think about it? Could you really make your Android phone faster than what it’s capable of? At most, all we want is to make our device work as if it’s new because installing apps and using them daily slows down our smartphone. These apps run in real-time and consume CPU cycles, memory, storage, and other resources of your device. Thus, making our phone feel much slower than it was when we bought it. So here’s all you can do to do just that, without spending any money on a new phone, which you may never even need!

This is a very popular way to make your device faster by tweaking some settings in the Developer Options. This is very easy and it makes a lot of sense, and here’s why.

Android devices display animations when transitioning between apps, windows, and various menus. Animations often look slick, but they do take up time and sometimes can even cause the phone to lag if it’s low on resources. The good news is that you can speed up or disable these animations to make your phone feel faster.

Keep in mind that it doesn’t actually speed up your phone, it just makes it appear so since menus and transitions will load faster. If you however, choose to disable animations, it will take away some of the load on the CPU/GPU, and that will definitely help decrease lag on systems with lower resources.

If you don’t already have Developer Options enabled, you’ll need to do that first. Here are the quick steps:

Go ahead into the Developer Options menu, then scroll down to the Drawing section and find settings for the “Window Animation Scale, Transition Animation Scale, and Animator Duration Scale.”. Here I recommend setting everything down from 1x to 0.5x. This makes your phone retain some visual effects and feel faster.

If you’re trying to make a lower resource or older handset feel a bit snappier, you can also go ahead and disable all animations completely. That should both make the phone feel faster and be less taxing on the limited hardware.

So you kept swiping aside that notification to update your software? It only wanted the best for you. Software updates don’t only get you new features, in fact, most of the time they contain bug-fixes, stability improvements, and performance enhancements that can significantly speed up your device’s operation.

Head into Settings > About phone > System update, to check for software updates.

For your apps: Open the Google Play Store app

My apps & games. You can search for Apps labeled “Update” and Tap Update.

A quick, simple fix for refreshing a slow device is to simply restart it. When you reboot your device, temporary files are deleted to speed up Android and the phone memory is also cleaned up. This clears out the cache, stop unnecessary tasks from running, and get things running smoothly again.

Simply hold down the power button, select Restart, and tap OK to confirm.

When was the last time you opened that game last, or that Pinterest app which Instagram replaced for you? If you don’t want to allow apps that you never use anymore to take up space on your device and potentially eat into system resources, Go to Settings > Apps and swipe over to the All tab. Take a good look down the list and identify the apps you don’t want or need. Tap on the app you don’t want and then choose Uninstall or, if the uninstall option is not there, tap Disable. Disabled apps will be listed in a new tab, so you can always enable them again in the future if you change your mind. 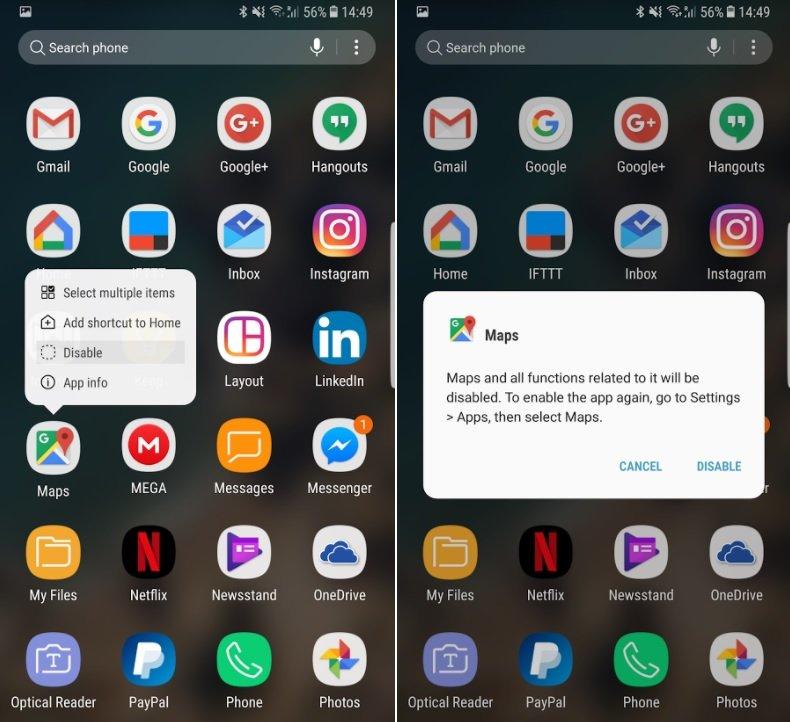 You should also take a look at Settings > Apps at the Running tab. Some apps want to be running all the time and they can seriously impact performance. Think carefully about whether you need what’s listed there.

It might seem like an excellent but task killers and 3rd party storage management apps carefully target (mostly inexperienced) users and usually do more harm than good. Android devices can manage their RAM quite efficiently on their own and with updates, know what’s right and what’s not. 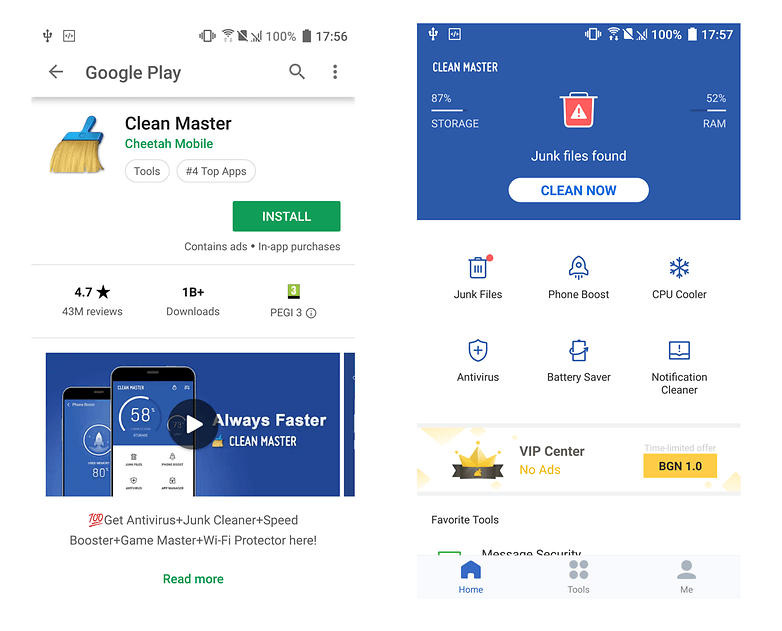 Apps like these, kill background applications that you need, and reload it later, taking longer and using more battery. This can further slow down your device and gobble down the resources that you may need. Often, the performance also takes a hit as the battery of your phone ages.

There are several apps like Clean Master, Battery Saver Pro, which are one of the top-rated apps on Play Store, but still whose usefulness is pretty much debateable. Most of them simply don’t do much or don’t affect performance at all. A lot of these apps can even hamper your privacy and the security of your device. Many of them require extensive permissions and are not exactly careful when handling your data.

Rooting your Android device doesn’t offer performance improvements, but doing so and installing a custom ROM can. For some devices that are no longer being updated, custom ROMs are a way of getting a newer version of Android. You can also find custom ROMs that dispense bloatware entirely and offer some interesting tweaks and modifications. You may need to research a little to find the right custom ROM for you, but trust us, it can really make a difference and you won’t regret it. LineageOS, ParanoidAndroid, and AOSP are some of the better options you can choose from.

How is Cloud ERP Revolutionizing the Manufacturing Industry?

Kirtik Singh is a second year student of computer science having a keen interest in everything about tech. He loves to tinker around with the devices around him and learn more about them, be it hardware or software and his passion for tech is ever increasing!

How to Source Tools & Equipment as a Professional Builder

How to Export IMAP to PST File Format in Simple Steps

How to Clean RAM in Your PC

How to Backup Yahoo Mail to Computer?

How to Fix Outlook Security Certificate Error – A Complete Guide

What Are The Ways To Fix SBCGlobal Email Issues?

Factors Affecting the Development of a Child

A Roadmap Towards Buying A Vanity Unit For Bathroom

What Skills Do You Need to be an Entrepreneur?

Google Pixel 4 vs Pixel 3 vs Pixel 3a: Which Phone is Right for you?

From Idea to Launch: Building a Food Delivery Software

20 Tips for Saving Money on Cosmetics

From Idea to Launch: Building a Food Delivery Software

20 Tips for Saving Money on Cosmetics

ADVERTISEMENT
No Result
View All Result